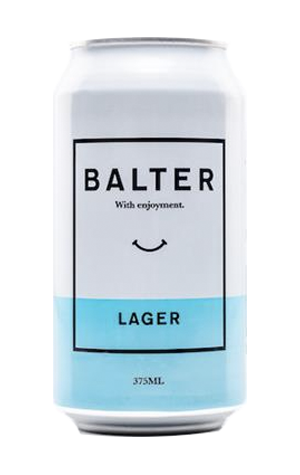 The people have spoken. A while back, the team at Balter's Gold Coast brewery decided to try a wee experiment. They put their Pilsner on tap alongside a new, more approachable lager they'd been working on to see how the two would fare. The latter proved waaaay more popular with visitors than the former, so it's farewell to the Pilsner (which is a shame as the Crafty crew were big fans...).

Still, when you're in the business of selling lots of beer, you're going to want to sell lots of beer. And Lager is designed to do that, presumably with an eye on the nine in ten(ish) drinkers who are still proving impervious to the charms of pale ales and beyond. It's a case of lager is as lager does: pouring the brightest of pale goldens, hop character is subdued with lightly sweet malt flavours carrying the day and a touch of bitterness tying things up.