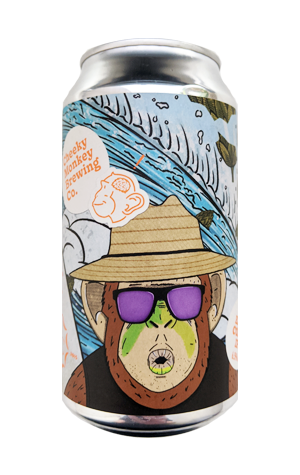 Named after a Yallingup surf break not far from Cheeky Monkey's original Caves Road brewery, Super Tubes has been nearly a year in the making. This is one beer where the collaborating trio researched styles, profiles and hop expression deeply before even thinking about firing up the boiler.

El Dorado, Mosaic, Citra and Galaxy deliver front palate fruity sweetness in the shape of pineapple, orange and mango with a slight piney bitterness rising late through the smooth, round mouthfeel, providing a structure missing from many foggy offerings. At 6.5 percent ABV, booze warmth contributes a similar textual totem, along with a drying, feint chalkiness, making this a hazy beer that warrants another one. And, maybe, one more after that.

Super Tubes’ clear-sighted intent has delivered haze with purpose rather than hype; that said, there is considerable buzz, much like when the swell conditions are peaking in the South West.

Then hitting other WA stockists