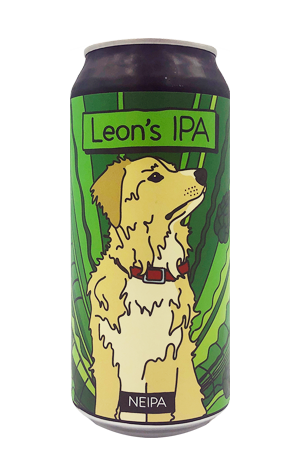 They may have had to shut their venues for a while but the new releases are set to keep on coming from Moon Dog, with Leon's IPA the latest in their Doggo IPA series paying tribute to their staff's canine buddies. In the case of Leon (which you may have had the chance to try on tap at their venues pre-shutdown before batch two was packaged), they've stepped into NEIPAland and held little back.

At a time when many hazy IPAs are reining in the depth of haze, this is turbid AF; it's almost as if hop matter is still settling into place. Dank and weedy on the nose more than light and fruity, there's a touch of sweetness but it's more a case of squeezing every bit of character they can from the Amarillo, Mosaic, Citra and Motueka hops so each mouthful is a little like chowing down on some tart, fleshy fruit. Probably my pick of the Doggos to date.