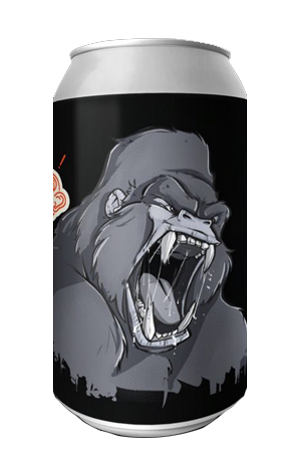 Cheeky Monkey’s Silverback is a hotly anticipated cult icon within WA's craft beer scene. Released annually and currently in at least its sixth packaged reiteration (along with three barrel-aged versions), it’s back for 2020 and, as usual, is here to blow us away.

As with most releases of Silverback, this year’s interpretation sees a few cheeky changes from the last. Most noticeably in 2020, it's delivered in a 375ml can with refreshed, on-brand artwork. Simplified graphics and a familiar silver and black theme catch the eye while the 375ml switch-up pushes this release into an even more affordable price point, likely meaning the 10 percenter will move more units as punters try to get their fill and likely slip a few into their cellars.

Recipe wise, Silverback remains mostly the same with just a couple of subtle brewhouse tweaks. The end result, however, is a familiar beast that pours jet-black with a dense, mocha foam. Rich, stewed fruits and dark chocolate characters dominate in a luscious, velvety body that also carries sweetened coffee, dates and caramel malts into an everlasting finish; on warming, some red berry and vanilla appear too. Bravo and Amarillo hops provide some subtle citrus notes as well as a not-so-subtle 65 IBU, both essential to the balance and complexity of this skilfully curated Russian imperial stout.

Despite its smaller size, this year's Silverback not only lives up to previous versions but surpasses in many ways. The release of this beast will be pretty widespread, but so will the hype. Don’t miss out now that it’s no longer being held captive in its cage at the brewhouse…