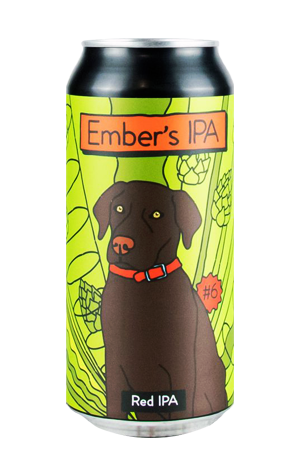 Moon Dog's Doggo IPA series has been hitting its four-legged stride in recent times, with Tiger's and Leon's both tasting good on my first post-COVID shutdown visit to Moon Dog World. It's a series that's up to a half dozen beers celebrating the team's canine buddies too, with Ember honoured in the only way a dog with such a name can be: a red IPA.

It's one that pours with a chestnut hue and a froth with a tan sheen, and in which the combo of specialty malts takes the hops into berry territory, as well as delivering deep citrus courtesy of Amarillo and an earthiness from the Chinook and Simcoe. Flavours encompass bread crust, dark caramel and sweet biscuit, while the toasty, drying bitterness leaves you with a beer that's as much an American amber, just with added punch.