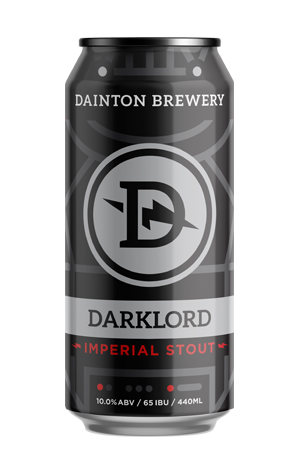 It's almost impossible to come at a beer from Dainton not expecting something a little odd or awry (and, chances are, actual rye). So when you're faced with an imperial stout called Darklord, well...

And yet what you get is actually something rather normal, at least in the sense of a 10 percent ABV imperial stout. It's full and viscous on the palate, close to black in the glass, and delivers liquid dark chocolate and roasted malt flavours in abundance. You might pick out flashes of dark fruits, a lick of leather, maybe even something reminiscent of desiccated coconut, but for the main you've got an imperial stout that does what imperial stouts were born to do.

Now part of their Hardcore Range of pretty much year round whoppers too.