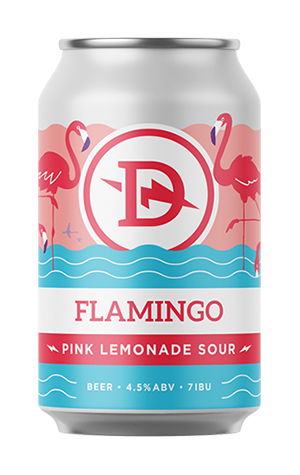 Here we are, right at the end of an exhausting year, and the bloody award-winners at Dainton release a beer that makes me think of one thing and one thing only: The Sup'. For anyone unaware (that's unlikely to be anyone in Melbourne's beer industry judging by faces you see in the crowd and who you run into when lining up for the loos), Meredith Music Festival and the associated Golden Plains at the Meredith Supernatural Amphitheatre are truly among Australia’s, if not the world’s, great festivals, magical occasions when local and international artists and lovely people descend on a beautiful part of the world for a couple of days of fantastic – and fantastical – times.

Meredith welcomes summer and the holiday period, while Golden Plains bids both farewell, and one of the great joys in life is heading to the Pink Flamingo Bar and grabbing the eponymous drink – made with pink grapefruit juice, vodka and packed with ice – early on day two after a night dancing in dirt to a legend of the global house scene. Admittedly, more than a little of that dirt is likely to be in your cup.

How good does that sound? Even if it does make it more than a little depressing to get your hands on a pink lemonade sour, named Flamingo no less, around the very same time that Meredith should be taking place. Pouring the beer, it even looks the part (though I shied away from packing it with crushed ice and drinking it from a plastic cup to avoid further outpouring of grief) and manages to capture both a grapefruit twang and lemonade, without the latter really making it sweet. While there’s a slight tartness in there, it’s not super sour and more fruit forward than tart. Basically like a Pink Flamingo.

I walk to my front yard and grab a fistful of dirt, eyes welling up with tears.