Beer Heroes and Villains Beer Of The New Age (BOTNA) 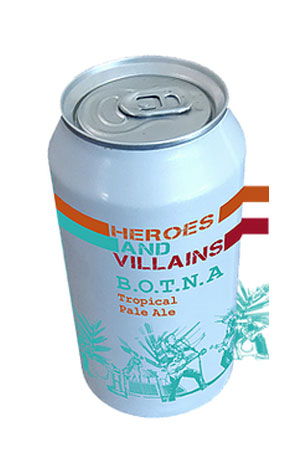 The beer that started it all. Well, commercially at least.

Beer Of The New Age not only nods at a certain rock band, but is also a reflection of changing tastes. The modern pale ale malt base includes golden naked oats, Maris Otter, pilsner and a touch of CaraMunich for good measure, keeping the malt rhythm light and tight. And, at 32 IBUs, the leaner base makes the perceived hoppy bitterness feel firm, even if the reality is that it’s far more approachable than it may appear.

Speaking of hops, BOTNA was originally dosed with the Fortnight hop combination; since then, Shannon has moved to a double dry hop mix of all American El Dorado, Citra, Comet, Chinook and Simcoe hops which dispense a pan-tropical fruitiness while remaining sessionable.

A modern pale, a beer of the new age.