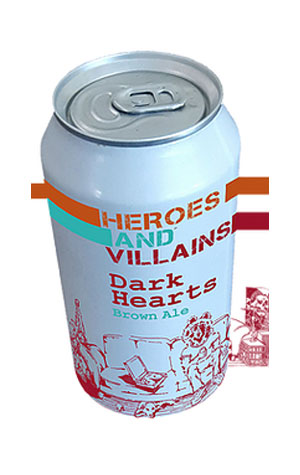 The second beer Shannon Mizen ever made in the brewery was also the first Villain – the name under which he puts out limited release of one-off beers. Or so he thought at the time. Instead, the warmth of customer feedback was so strong this dark hearted one-off transcended to the good side, becoming a cooler month’s hero.

Chocolate malt leads on the tongue, with toasty characters and Simcoe’s fresh resin and pine lurking in the background. Taken together, despite the foreboding title, it makes for a far more welcoming, beery embrace.