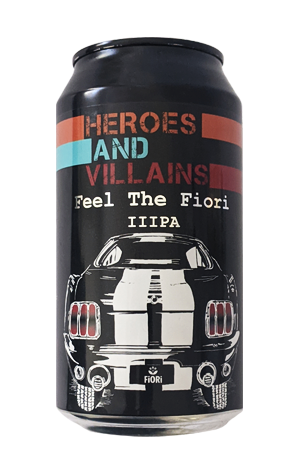 Having mates in symbiotic industries has not only helped Heroes and Villains' Shannon Mizen land upon an early brewery location, but now his caffeinated connection drips through this substantial West Coast IPA.

“We had several conversations about the idea of a collaboration over the years, and this year we actually did it!” he says.

Shannon and brewer Richard Bentley-Moyes joined Swan Valley bean purveyors Fiori for a roasting and cupping session – that’s coffee speak for sensory assessment – before settling on the perfect blend, which was then steeped in the finished beer.

The considered process has resulted in a very balanced and drinkable beer for its size. Its West Coast credentials offer a clean, lean length, aside from a slight mid-palate juiciness, with the coffee character moving in harmony throughout. Interestingly, there’s no green capsicum, just pure coffee which almost seems creamy before a hoppy, bitter whack, a piney undercurrent and an arid conclusion.

NB Two kegs of "pre-Fiori" IIIPA will be pouring at the Fremantle BeerFest 2021 if you read this in time.