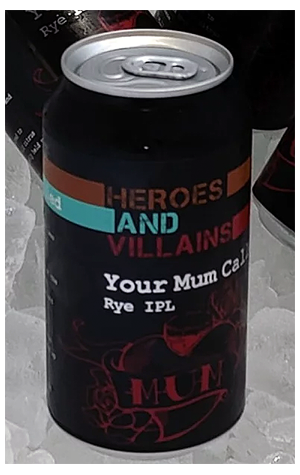 Your Mum Called investigates the Cascade hop lineage without using the classic American variety itself. Instead, Heroes and Villains use Hallertau Melon, Cashmere and Mandarina Bavaria hops which, instead of delivering the familiar floral and citrus / grapefruit expression of the parent, exude honeydew melon, with a supporting citrusy profile. There’s also a grassiness at play, and a building backend bitterness, which lingers through the clean finish.

As for the name of this rye-enhanced India pale lager, it’s related to something Shannon Mizen saw scrawled on a toilet wall at a gig. That and some bloke named Oedipus.