A suburban brewery can be different things to different people. To those who live in the ‘burbs nearby, it’s a welcome oasis that provides lazy drinks on a Friday afternoon and merry times on the weekend. To those who live closer to the city centre, it’s a puzzle to be solved – you want to go there, but it’s not near your usual haunts, and it’s one helluva taxi fare.

When you step into All Inn Brewing, it doesn’t take long to realise the patrons are split about 50/50 between regular locals and visitors from further afield. The Banyo brewery is all about gathering together different kinds of people, and it’s been around long enough – and built a strong enough reputation – to lure punters from all over. Of course, it doesn’t hurt that it’s only a few hundred metres from Nudgee train station. Or that two other breweries have recently moved into the area, also on the train line.

With no investment and a tiny budget, owner Harley Goodacre turned an industrial warehouse into a brewery in 2012 using a bunch of repurposed equipment and bucketloads of elbow grease. But while the corrugated iron shell remains (earning the lovingly bestowed nickname The Shed by loyal regulars), almost everything else about All Inn has been upgraded over the intervening years.

As charming as they were, the wood-clad brewhouse and milk vat fermenters have been replaced with shining stainless steel; Harley has been working in stages to get 30kW of solar panels installed on the roof of The Shed which, once completed in 2020, is more or less enough to cover the brewery’s power usage; and All Inn installed a centrifuge to clarify the bright beers and evenly distribute haze in the hazy beers. It’s an expensive piece of equipment that few small breweries would shell out for, but since Harley’s dedicated to always improving the quality of his beer, he reckons it was worth it. His exact words were: “Worth its weight in gold.”

Harley describes the changes as slow and organic: “Nothing happens fast here. We always take our time.”

But while there’s truth to that statement, it belies the intentional and persistent attention to detail, the drive for growth, and the constantly improving quality of the beer itself. Because although all of the above changes have been critical to the evolution of All Inn, they would be nothing without the beer.

Each beer is depicted by a fantastical playing card character dressed in bright metallic colours. Some characters are medieval, some sci-fi, some steampunk, and some simply absurd, as though Rick and Morty have teamed up with Alice in Wonderland. From a high-flying chimp to a flaming-haired hipster to Bill F. Murray wearing a proton pack, the artwork is as playful and intricate as the beers themselves.

The core range is designed to appeal to everyone, straddling hops (a session ale, an American pale ale, and an American IPA) and malt (a malt liquor, an amber ale, and a robust porter) and including a pale lager for good measure. When it comes to seasonals, the All Inn brewers avoid gimmicks and instead look to a range of more familiar styles made with finesse – the IPAs come in white, black, red, rye, double and New England varieties, and the maltier styles include English pale ale, brown ale, milk stout and strong ale.

In a move uncommon in the Aussie craft beer scene, All Inn also make most of their beers available as fresh wort kits: 15 litres of unfermented beer that you can buy from homebrew shops to finish the brewing process yourself at home. You can follow the recipe exactly to make your favourite All Inn beer, or tinker with it to experiment with flavours.

A suburban brewery can be different things to different people. It can be a place to play pinball and trivia, to listen to live tunes and feast from food trucks, to work your way through sixteen beer taps and a hand pump (though maybe not in a single sitting). It can be the producer of the fresh wort kits you brew in your garage and share with your mates. It can be the source of the odd characters who invaded your home and now live in your fridge.

What’s All Inn to you?

All Inn Brewing was one of the first of the new wave of Brisbane breweries to open. Now, five years on, the Banyo operation has unveiled a new look, new beers and eye-catching new tinnies too. When you pick up a beer that sits at the 3.5 percent ABV mark, it’s important to have the right expectations; after all, a lot of mid-strength beers are toothless. So it’s always nice to stumble on a session ale that still has some bite to it. Sabre pours a deep gold, and the richness of the colour comes through in the tropical fruits and slight honey sweetness on the palate. It’s light in body, but still carries character from the hops, malt, and even some light fruity esters. It’s difficult… Read more
Golden OK. Let’s stop for a minute and talk about how irresponsible you’d have to be to continue your job as an axeman after losing your vision. Apart from the obvious dangers you’d pose to yourself and those around you - which should in itself be enough reason to find a new vocation - surely you’d struggle to land all of your swings in the same place, which I understand is an important part of wood chopping, both for efficiency’s sake and for preserving the integrity and aesthetic quality of… Read more
Red 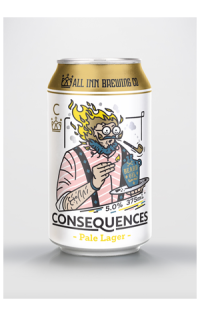 Here we see the common male hipster in his natural habitat - note the handlebar moustache and the unnecessary suspenders. At times when the hipster population booms and reaches unsustainable levels, a form of natural population control takes place. One variety of male hipsters increases the amount of beard oil used in an attempt to assert dominance over the others. But as history has shown us time and again, and as this beer label shows us now: beard oil and tobacco pipes don’t mix, and can result… Read more
Pale Yellow Legbreaker is at the lower alcohol end of the spectrum for IPAs, which means a couple of things. Firstly, it means those big flavours - the ripe burst of peach and nectarine, the cut grass and pine, the bright guava being lifted up alongside thick caramel and biscuity malt, the pronounced bitterness - are not just a blunt instrument. They’re not the result of metric tonne of malt and hops being thrown in to amp it up in every way imaginable, but of a careful crafting and balancing of ingredients… Read more
Golden Full disclosure: I’m a sucker for a nice red IPA. It’s one of my favourite styles of beer. Does that make me more likely to be discerning, or more likely to be biased? I like to think the former. Probably sometimes the latter. But whichever it is, I still remember the first time I had a Mutiny and let out a two syllable: “Daay-um!” When I drink a red IPA, I want impressive malts, impressive hops, and solid booze… and Mutiny delivers on all three. The malts bring an intense ruby-rust colour… Read more
Red When a beer is dark, and sits at an alcohol level Australians would traditionally describe as “heavy”, it seems oxymoronic to describe it as “light”. But when comparing it to some of the belters out there, which may sit at seven percent or seventeen percent ABV, I feel it’s still an apt description in context. While it bears many of the hallmark flavours of a heavier stout, Clockwork Robust Porter is relatively light in body and dry in finish, making it easier to drink than many of its… Read more
Black We’re all getting sick of 2020, so thank goodness All Inn Brewing have brought us a bangin’ West Coast IPA to take us back to 2013, when Frozen stole our hearts and Man of Steel disappointed us bitterly. All Inn call this beer a “descent into dankness”, and they’re not wrong. It begins on the nose as mostly floral notes - with support from grapefruit, pineapple and gin botanicals - that capture the feel of the pink California sunset on the label. But from the first sip there’s a definite… Read more
Golden Yellow 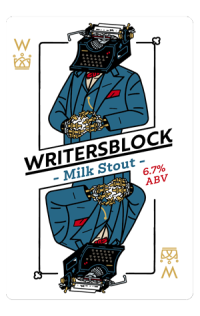 As a writer, I can vouch for the reality of writer’s block, and the feeling that one’s head has been replaced with an inanimate object. But this Writer’s Block is full of life. With a rich tan head reminiscent of crema, this beer may look like espresso but it tastes more like iced mocha. Chocolate and coffee flavours come together in a dance; it’s sweet without being too sweet, delectably thick for 6.7 percent ABV, and leaves just a feathery brush of warmth in the back of the mouth. If you… Read more
Black It must be said: whoever introduced Citra hops to modern brewing is a genius and deserves some kind of award. And this Citra Hopped Extra Pale Ale’s as good as any to give drinkers a clear sense of what they can do in a beer. The malt bill is made up of mostly pilsner malt, with just a little wheat to give a smooth texture; it’s designed to be a clean canvas that allows the Citra to strut its stuff, and it does its job admirably. Bright aromas and flavours burst forth right from the get-go, which… Read more
Golden Yellow If the image on the label of the Grim Reaper throwing up the horns means nothing to you, please stop what you’re doing, travel back in time to the 90s and watch Bill & Ted. Done? Excellent. Full Harvest is a rye IPA, with each batch hopped with a different variety - in this case, Ekuanot - to take you on a bogus journey. In the glass, the shining copper colour is as appealing as the papaya and golden syrup on the nose. But once it enters your mouth, these become secondary to spice and dried… Read more
Golden Black and beastly, yet suave and sophisticated. For the dark malts, All Inn used Midnight Wheat instead of roast barley for a dialled back roast bitterness to ensure the flavours didn’t clash with the hops. Choc sweetness rounded out with dark berry notes and coffee would have this black beast bordering on imperial stout territory if it weren’t for the hoppy bitterness ruling the roost. One sip of this is like drinking a full moon during a thunderstorm. Mick Wust… Read more
Dark Brown All Inn Brewing maintain a strong focus on their local community, and so understandably offer a lot of beers that are well-made versions of safe styles; it doesn’t do to frighten off your regulars in the pursuit of ever-escalating flavours. But Stronghold Assassin is sneaky and dangerous, and not at all a safe beer for an unsuspecting punter. A deep burnt orange makes this IIPA look like marmalade perhaps more than it should, because it’s tempting to have one for breakfast. The sizeable resinous… Read more
Golden 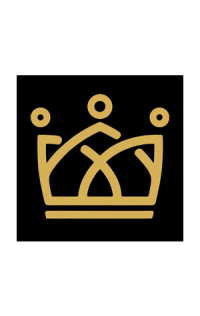 When it came to the haze craze, the brewers at All Inn hung back while others took part in trial and error. Then, at the end of 2019, they sailed in and made a tropical delight. All Inn’s NEIPA was never meant to be an opaque glass of orange juice, but the cloudiness is a like a golden sunrise on a misty morning. When it comes to haze in beer, gravity likes to make brewers’ jobs difficult. Luckily for All Inn, their centrifuge was the perfect tool for distributing the haze evenly throughout the… Read more
Golden Yellow