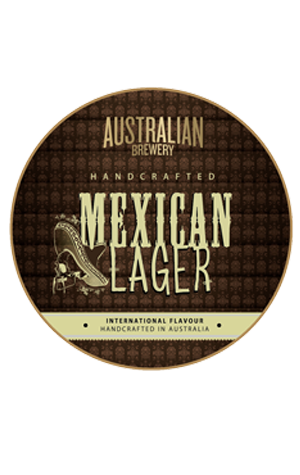 Why did the Mexican put the lemon in the lager? We're not exactly sure, but it does seem to be a growing trend. Not over at The Australian Brewery though because their Mexican Lager has absolutely no need for such adjuncts. With 20% maize and just a small initial hop addition to keep the bitterness down, they've come up with a recipe that ensures their Mexican Lager remains very light and clean, yet still retains a lot of natural flavour. The kicker here is the addition of US Liberty hops post-fermentation which gives off, you guessed it... a lemony aroma. If you must, the brewers suggest this beer could be served with a slice of lime, but NEVER lemon. Besides a couple of very odd exceptions, you'll only find the Mexican Lager pouring on draught at the brewery.