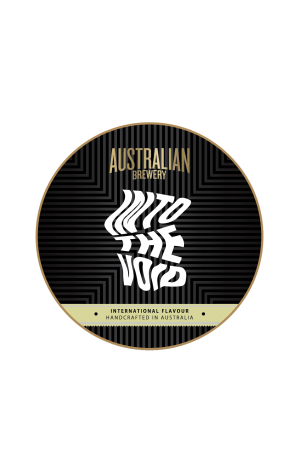 The sole dark beer in the Australian Brewery’s core range is an oatmeal stout named Into The Void. And should you manage to find it on tap or, more likely, in a can, you’ll enjoy a beer with flavour as deep as the void it suggests. That said, being made in a classic English style, it’s not a barnstorming beer in nature, but a balanced one. Fuggles and Willamette hops offer up a very gentle bitterness but on the palate it’s all about a roasted malt flavour that’s topped off with a teasing taste of chocolate, all courtesy of seven different types of malt. With the addition of oats it’s got a creaminess that also helps give it a fluffy head while at the other end there’s a sharpness to keep you on your toes. Rich but eminently drinkable, Into The Void is another typically tight beer from the team at the Aussie Brewery.