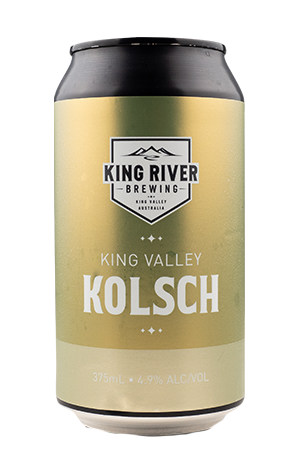 While it didn't take long for King River Brewing to find local admirers of beers such as his IPA and Altbier, it pays to have an entry-level beer when you're operating a brewpub, particularly when you're located in the country. That's the role played by this Kolsch, a role that's earned it the subtitle "The Elbow Bender" given that's what it'll have session drinkers doing.

It's a simple beer: some light honey malt sweetness and the sort of dry finish that will offer more mainstream drinkers some familiarity. Add in a decent bitterness and light notes of spiced hops and you have a beer that's able to transport you to Cologne and unsurprisingly is one of King River's most frequently brewed.