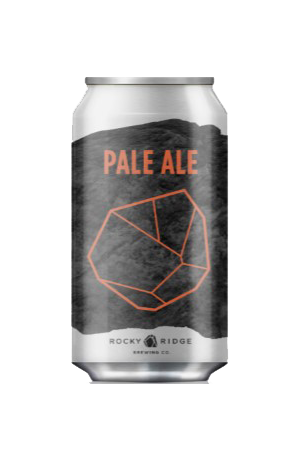 One of two pale ales in the Rocky Ridge core range and the beer described as their flagship, this Pale Ale is a beer that makes use of the brewery's homegrown hops and malt to produce what you might term an old school pale in these increasingly fruit forward days.

Sure, you'll pick up some melon, peach and citrusy touches but they're fairly restrained, sitting alongside a pale malt sweetness. On the palate, however, the hop character is much more of the earthy, drying variety, akin to something you'd expect from an English pale ale more than one inspired by the US, albeit with a building and lingering pithiness too.