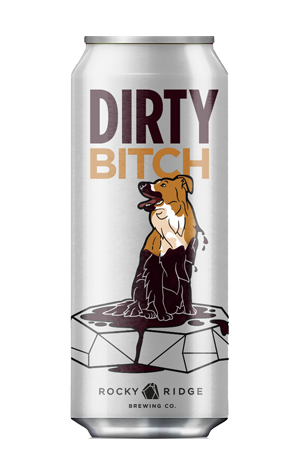 Adding to this indulgence, two barrels were infused with coffee from the Margaret River Roasting Co, two with chocolate from Gabriel Chocolate Yallingup and another pair spiked with vanilla pods that were all blended back using barrels containing just the base beer; there's a couple of other barrels too, but that’s a story for another time...

Foreboding in the glass and with a fine carbonation that struggles to find light at the surface, Dirty Bitch is dominated by dark chocolate and dusty baker’s chocolate characters that play off the oaky barrel tannins. The boozy warmth carries light spice and red berries with flashes of coconut, vanilla, coffee and Muscovado sugar that appear and then recede. At five standard drinks per can, this is a beer to be shared and savoured.

Available at good WA retailers and being poured by Hamish himself at the Crafty Pint x Beer Sucks x Caboose event on July 12.