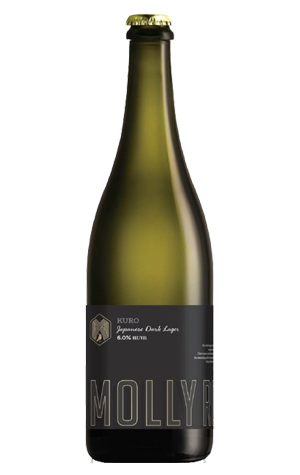 When Nic Sandery launched Molly Rose in beer form with a trio of beers under the Foundation Series banner, he left little doubt that here was something a little different from the norm. Sure, there was an IPA in the mix, but there was also this dark lager, brewed in tribute to Japanese food, in particular "their use of umami and quest for balance".

In attempting to attain this goal in beer form, he concocted a dark lager with cherry wood smoked malts and kombu, a type of seaweed popular in Japanese cuisine. The result is something in which the umami is strong but which also conjures memories of peaty Islay whiskies with its intensely smoky, salty, iodine qualities. They sit within a full-bodied, hearty, almost porter like structure, creating an experience in which there's plenty going on yet in a manner that ensures the phrase "quest for balance" isn't out of place.

The first Kuro is long gone but we're told it will return...