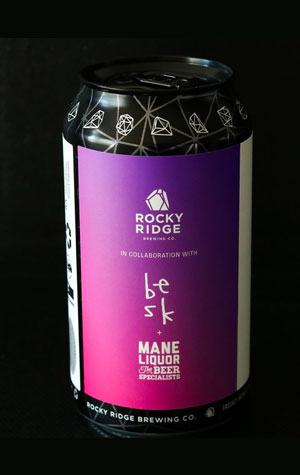 Unless you’ve been living under a rock lately (or maybe in isolation?), you would have seen many a brewery toting a new, collaborative IPA with some striking similarities; that beer is the All Together IPA and it was originally put together by Other Half Brewing Co in New York. The beer and concept were launched to help support hospitality workers who had been laid off amid the coronavirus venue shutdowns.

The idea is simple: an easy to follow IPA recipe to be brewed by as many breweries as possible globally, with 100 percent of proceeds donated to hospo workers. The team at Rocky Ridge jumped on the opportunity to be involved and threw down their rendition in collaboration with Besk and Mane Liquor.

Though following a universal recipe that achieved 57 IBU and landed at a moderate 6.2 percent ABV, the Rocky Ridge brewers couldn’t help but add their own touch with Melba, Ella, Galaxy and Australian grown Cascade hops added to give their version a unique Australian spin. This South West variation does have a decidedly Australian IPA character to it, too, with vibrant fresh hop characters that are tropical, grassy and passionfruity in nature. Slightly hazed and super clean, it is easy-drinking and unashamedly a DDH bomb.

Over 650 breweries worldwide took part in the All Together brew, and much support has been given to our local hospitality stars, creating some great beers as part of a truly great cause. This beer, and the many others brewed along with it, is the gift that keeps on giving.