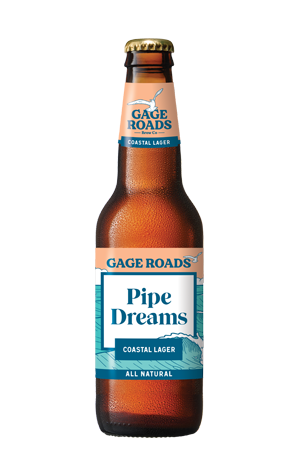 Gage Road’s pipe dream of launching with a Vienna lager fifteen years ago continues to evolve as, in the same week they announce their grand plans for a Freo brewery venue, they've released another lager. Pipe Dreams, however, is a classic European pilsner-inspired beer, which head brewer Ross Brown describes as showing “some restraint which creates a better and more drinkable beer” – and comes adorned with their new logo too.

Much like its ancestors, Pipe Dreams is designed for sessionability rather than a weekend’s worth of high ABV party trick beer ticks. As a result, the clear, light straw coloured beer with a crisp white head has a broad, imminently refreshing visual appeal and holds light, sweet bread and cereal malt aromas. A trio of hops with Hallertauer Mittelfrüher lineage imbue lemony citrus and a moderate for style bitterness that lifts through the clean, crisp and dry finish.