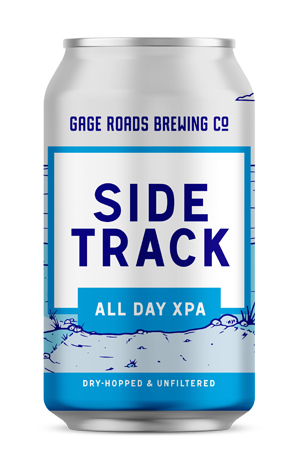 They've been getting plenty of practice when it comes to brewing mid-strengths at Gage Roads, what with having to supply ticket holders seated outside Perth Stadium's premium areas with lower ABV variants of their flagship beers since landing that primo deal. And now here's one for their core range, a beer to tuck in alongside their big-selling summer ale Single Fin.

With sensibility at heart and a playful can design to boot, Side Track is what you might term a modern mid-strength: a beer that’s neither too hoppy nor particularly bitter. Instead the clear gold beer keeps things refreshing and approachable with light citrus and soft tropical notes joined by a wisp of pine towards its medium dry finish. As the beer's subtitle suggests, it's all day, easy drinking.