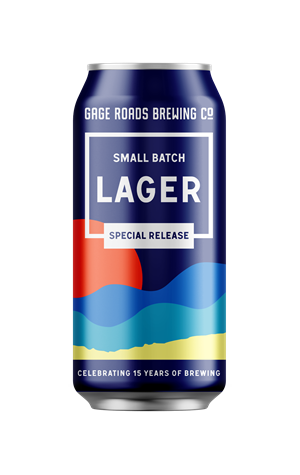 West Coast brewers Gage Roads celebrate their crystal brewing anniversary with a throwback to their debut beer from 2004. They've released many lagers over the years; however, this return offers a window into Australia’s early Y2K beer landscape, one in which Euro-inspired lagers dominated consumption and which might be something of a curiosity for many recent converts to craftier drinking: wait, there’s no lactose in this? No DDH? No fruit? Nope, but that might be a nice change … and it does have a cute can.

Yet, while the tallboy’s colourful cladding radiates modernity, its contents are crisply traditional. The amber-tinged, golden hue offers aromas of toffee, faint spice and light toast, which shift into biscuity malt territory upon sipping. Soft bitterness remains in harmony with a semi-dry finish that has just a lick of malt sweetness; a classic coda to a beer that, given a budding craft lager renaissance, may have been 15 years ahead of its time.