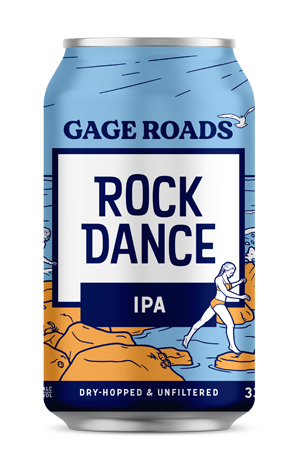 Building upon 2020’s well received limited release Loop The Lupe, Gage Roads' Rock Dance IPA – a core range release in their home state of WA, a seasonal in the eastern states – captures the coastal vibe of Injidup’s natural spa, a location that’s become an West Australian Instagram hotspot. As summer in WA endures, the baked ancient ochre forms offer no respite for the unprepared: it’s a rock dance to reach the alluring the turquoise water, the ballet of which is all movement, energy and refreshment – as is the case with Rock Dance.

From the can, Idaho 7, Citra and Azacca offer a citrusy medley, subtle peach and pineapple, plus a resinous undercurrent. The IPA’s light caramel malt base, dry length and medium bitterness for style present a smooth ride which leans towards the more approachable side of West Coast IPA, maximising drinkability – making for a dance which invites another drink.