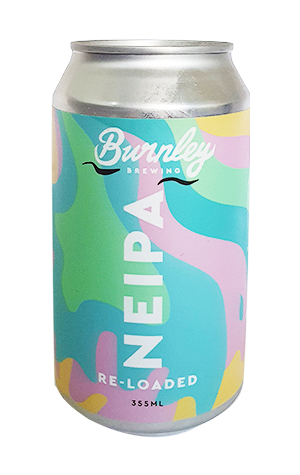 Burnley Brewing first canned their NEIPA in March and, like The Matrix, they’re back with a sequel in NEIPA Re-Loaded. But unlike that movie sequel there’s no confusing plot lines, lengthy exposition or biblical references. Instead, it's just the simple double act of Citra and Mosaic hops, plus oats and wheat in the malt profile to add to the beer's mouthfeel.

The colourful cans might look like a Rainbow Paddle Pop but fortunately you won't find caramel flavours lying within at all (turns out rainbow isn’t a flavour). Instead, Re-Loaded provides a mix of pineapple, mango, orange and peach in what's an incredibly down-the-line hazy.