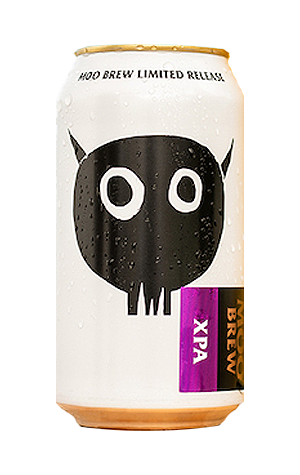 They've enjoyed a fine 2021 at Moo Brew, releasing a series of quality limited releases, resurrecting old faves, and picking up more silverware at the Indies – a sign that the brewery's DNA has survived the transition from Dave Macgill to current head brewer Jack Viney, just as it did from Owen Johnston to Dave beforehand.

They're closing the year out with another short run release. It's called XPA rather than Pacific Ale, but if their pre-release promo for it is any indicator it's the latter they have in mind as much as anything. It pours in keeping with what's become the widely-accepted look for XPAs (or Pacific ales for that matter) these days: very pale and hazy. It's citrusy with a grapefruit edge on the nose and a pithy bitterness that's on the high side for either style.

There's a wealth of such beers on the market these days, but with good reason: they sell. And no doubt this one will go well over summer too.