We're a few days late writing about this beer. Given the Blackman's team go to the effort of making Crafty Towers one of the stops on their "pack-and-deliver-on-the-same-day" mission, we feel we should do our best to taste that day and post the next. But, given they only learned I was in Canberra when the beers had already been deposited, here we are. That said, if my day six sampling is anything to go by, as long as you can find some, you're not going to be wishing for more hop character. The… Read more
Golden Yellow Following up on their no-nonsense, don’t-overthink-it Brookie Draught, Nomad have come to the table with Brookie Dark Ale. It’s dark as a coal mine and crowned with tall, pillowy froth, and as easy to drink as they come. The aroma of chocolate biscuits and cola is full and flowing, but in the mouth it’s all about the smoothness: gentle flavours, light body, clean finish. Many of us have had the experience of walking into an old pub with a slew of lagers on tap, and walking to the end of the… Read more
Dark Brown 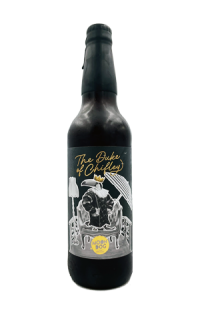 Moon Dog The Duke Of Chifley

In typical Moon Dog fashion, when they held a dinner to launch Black Lung X, it wasn't enough for them to pair that double-digit-booziness beer with two of the courses; no, they they offered a sneak peek of an even bigger beer with arguably the star course too. That bigger beer is The Duke Of Chifley, named after the two streets on which you find their breweries – Duke Street in Abbotsford and Chifley Drive in Preston. There's good reason too: the base beer was brewed at the former then brought… Read more
Rich Brown When you release a hazy IPA called the Greatest Of All Time, how do you top it? For Black Hops, the answer is dialling up the booze and tropical flavours to create Super G.O.A.T. First brewed as a small taproom release right at the end of 2020, Black Hops let the beer roam a little wider for March 2021; a fitting time, given its just a couple of months after the core range G.O.A.T. made it to number five in the GABS Hottest 100. The big version of their top-selling beer even looks like a far bigger… Read more
Golden 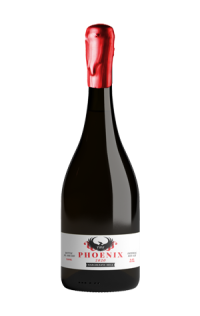 The phoenix is a creature best known for its ability to rise again from the ashes of its former self, and the annual release from Hargreaves Hill is certainly living up to its name. First released in 2009 as the business came back after the original brewery was destroyed by the Black Saturday fires, it's become a centrepiece of their calendar – brewed in limited volume and eagerly anticipated by many. It's also something of a rarity style wise – an imperial red ale built upon myriad specialty… Read more
Red Sure many of us might like to forget 2020 but there were some positives tucked into the year too. Asides from the local craft beer industry’s resilience, the year was also responsible for many excellent beers and some personal favourites were Stomping Ground’s Into The ‘Wood series, which explores beer’s wilder and oakier side. While the series isn’t going anywhere, the March 2021 release of Barrel Aged Cherry Brett Saison does represent a turning of the page with it being the last from… Read more
Red The rise of alcohol-free craft beer has been a rapid and swift one at the start of the 2020s, with the new decade bringing with it booze-free breweries and established operations looking to add either very-low or no-alcohol offerings to their lineups. Among those longstanding breweries to turn to alcohol-free kis Bridge Road Brewers, with the Beechworth brewery adding Free Time to their core range early in 2021. With no bitterness and a cloudy, golden appearance, Free Time very closely resembles… Read more
Pale Yellow They aren't slowing their hop journey at Bridge Road with the NEeD IPA series beers coming out in a rapid succession and three beers and twelve hop varieties into it, they haven’t used a hop variety twice. Volume 3 is a Hazy that’s a little tamer than its predecessors. But don’t expect it to be boring - while the can is a simple beige with an apricot blush (perhaps with a Hex colour code of #FFC77D for those among you who are design-inclined), the glowing beer inside shows off Idaho 7, Loral… Read more
Pale Yellow It's fair to say there's not a huge amount in common between Bad Shepherd's twin March releases. One is a double digit imperial IPA, the other a lower ABV beer featuring native flowers. One comes in a big can (the bigger beer, naturally), the other a normal sized one. One is a returning past special, the other a new collab with a WA brewer. Actually, maybe they do share one thing in common: both pack a punch, just in very different ways. Poseidon is the IIIPA that slots in above their Almighty IIPA,… Read more
Golden Yellow

The annual hop harvest offers a fleeting chance to use freshly picked, "wet" hops to create a one-off beer expression. While acting as a reminder of the seasonal and agricultural origins of beer, there are challenges with balance in such beers as each crop is unique, leaving the brewer with an intuitive rather than technical application. Once again, the King Road brewers teamed up with Preston Valley Hops for theirs, picking from the bines in the morning and adding the wet Victoria hops,… Read more
Golden

On tap at the brewery It’s a good thing Wayward straight up reminds the drinker of the Responsible Service of Alcohol with the name of this beer* because otherwise, they could be in a lot of trouble for hiding the alcohol. This may be the easiest drinking IIPA I’ve had. The haze level is fairly low. So is the bitterness, with the tiny 15 IBUs only being there to take the edge off the sweetness. But the combination of Rakau, Simcoe and Amarillo hops bring all the fruit juice aroma and flavour you could want. Heaps… Read more
Pale Yellow Dionysus NEIIPA is back for its third year in 2021 and it's unlikely anyone’s complaining about its return. Head brewer Charlie Hodgson made some minor tweaks to the malt bill but the main change this year is at the dry hopping stage, where Citra hops were swapped out for Idaho 7. The change isn’t hugely noticeable - the orange marmalade character is still present, and the stewed stonefruit flavour of last year’s batch is there too (perhaps even amped up a bit). One small difference is that… Read more
Pale Yellow Look. I don’t want to be one of those “hurrrr this doesn’t taste like beer hurrrr” people, but… this doesn’t taste like beer. Hurrrr. In fact, I’m not convinced that it is beer. It looks like beer – nice golden body with a creamy white head. And, apparently, it’s made with beer ingredients. But I can’t taste hop or malt or yeast characters. Not one iota. No bitterness. No fruit or resin or toffee or caramel or banana or spice. What I believe has happened is that at some point,… Read more
Golden Yellow The experimenting at Akasha isn’t slowing in 2021, with the Akasha Project releases continuing with a showcase of US hop Azacca in another single hop IPA. The variety is named after the Haitian god of agriculture and it can impart a wide variety of hop flavours, including mango, papaya and citrus plus notes of pine and spice, while Azacca's high alpha acids can bring forth a lot of bitterness too. In the case of Azacca IPA, there’s a soft swell of papaya and mango along with slightly more brash… Read more
Pale Yellow Slow Lane made the unorthodox choice of launching their brewery in May 2020 with a barrel-aged saison in a can. The beer, named Foundation, was a bright light in an otherwise pretty grim time and nabbed a spot in our end of year Best of NSW list. Continuum is the follow-up to Foundation and is more or less built on the same basic formula. It does, however, come in a bit bigger at 6.4 percent ABV and spent ten months in white rather than red wine barrels, with a couple of legendary roommates named… Read more
Golden Yellow Freedom Units was first trailed by Hawkers in 2020, but the first batch never saw the light of day. The triple NEIPA was born free of the requisite opacity and thus the imperial measurements-mocking beer, complete with what appears to be a version of a MAGA hat on the label, had to wait for its moment in the sun. Second time around, they got what they wanted and now it's back, complete with "2.19791oz MORE FREEDOM!" – in other words, they've put it out in bigger cans, and there's certainly… Read more
Golden Yellow The team at Whitehart Bar in Melbourne’s CBD don’t just have a focus on craft beer but a love for cocktails too. Among the fermented ingredients they enjoy building those cocktails with is tepache; the lightly fermented Mexican drink made with pineapple. Keen to turn that into beer, the bar teamed up with Burnley Brewing create the nitro sour, Tepache. Along with pineapple, the beer includes ginger, hibiscus tea and coconut plus Sabro hops to further drive that last flavour. If blurring the lines… Read more
Red Hop Nation regularly release experimental beers that explore the direction hops, malt, yeast, bugs, fruit, barrels and basically any other ingredient can take beer in. But when it comes to exciting this beer writer, a good way to go about it is by releasing a traditional pilsner and sending over more than 400 words explaining the way the brew team went about making it. As is often said, pilsner is a brewer’s beer and in the case of Rattenhund, there’s clearly some excitement about it within the… Read more
Pale Yellow In 2020, Nomad simultaneously released a Freshie gose with fruit and a Mexican lager with salt and lime. A year on, they’ve released a beer that is basically the lovechild of those two: Freshie Margarita Gose. Nomad suggest getting “dressed up in your fanciest cocktail attire” to drink this cocktail-inspired gose and have even put Freshie the squid in a white dinner jacket worthy of Hollywood. But I must confess: I don’t put margaritas in the same category as other cocktails. No fancy suits,… Read more
Pale Yellow