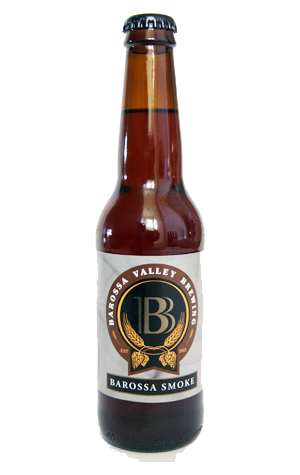 A beer that takes its inspiration from far away – Bamberg in Germany, to be precise – while also making full use of what's on offer in the Barossa Valley. The Barossa Smoke is inspired by the rauchbiers of Germany but uses a local small goods maker to smoke the malts used in the brew.

The result is a fine addition to the small number of such beers brewed Down Under, an amber coloured ale with some fruity raisin characters accompanying the sweet and earthy, lingering smokiness and a toasty, roasty finish.