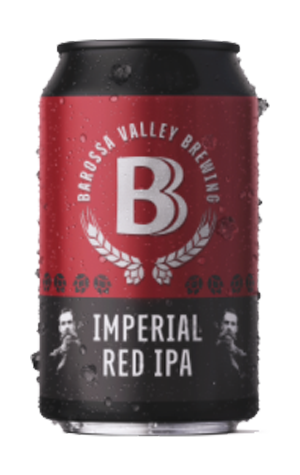 Barossa Valley Brewing love brewing limited releases in a year, while their core range is locked down and solid. However, there's also a select few beers that find themselves in the middle. They aren’t brewed just once, and they aren’t quite in the core range. And that's where the Imperial Red IPA sits. Inspired by their well known Canis Major IIPA, it takes the West Coast IPA elements of Canis and adds a toffee kicker.

It seems the brewing team have nailed the brief too, starting with the deep, dark, ruby red colour. The sweet toffee, biscuity, and caramel red malts work in balance with pine, resin and a few floral hop notes. The imperial red has a slightly sweet, sticky, chewy body which adds impact to the toffee malts, while the pine and resin, plus a refined bitterness, offer balance in a beer that finishes on the sweeter side.