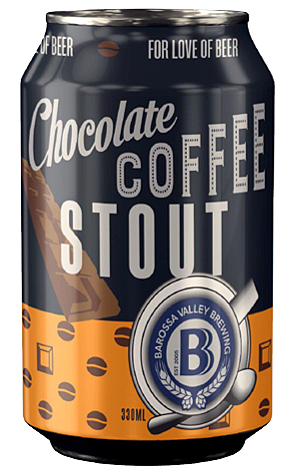 The Cosmos can work in funny ways. For some reason (it was having the word "segue" pop into my head, if you really want to know), the tasting notes for this beer rapidly started incorporating references to drivetime DJs before moving into Smooth FM territory. Said note-taking done, I picked up the can to see what the brewers had to say and they were all about Barry White's Smooth FM suited crooning. So, you can probably imagine where this is going...

The gold medal winning beer from the 2017 Craft Beer Awards has been canned for winter 2018 and opens with a big, fruity, coffee bean hit that quickly segues (told you) like a smooth, drivetime DJ into a more roast driven, pointed espresso like aroma, complete with crema head. Once supped, the beer's other adjuncts waste little time making their acquaintance, with lactose and Peruvian cacao nibs taking the beer into iced coffee territory, albeit one of those iced coffees that comes in a small dark brown or black bottle marked "Double Shot" and contains a mere five rather than 17 teaspoons of sugar per serving. As such, it ratchets up the chocolate while steering the right side of cloying. Unlike those drivetime DJs.

As an aside, allegedly each and every Smooth FM DJ is given a varnished length of wood with their name and the station logo engraved into it on their first day of work. This is so that, when they get home at the end of each shift, they can repeatedly whack it on their forehead while asking plaintively: "What am I doing with my life?"