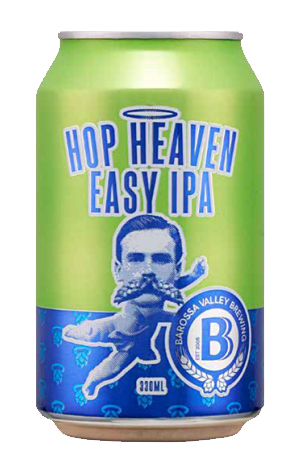 This is a beer that's been on quite the journey, starting out as Barossa Valley Brewing's take on the West Coast USA pale ales under the banner Organic Ale before becoming Hop Heaven Organic Ale then Hop Heaven Easy IPA. One thing it's maintained over the years is its appeal as a lively, aromatic, fruity beer, picking up some high profile gold medals along the way.

In its most recent iteration, the booze content has been moved to 4.7 percent ABV, while the nigh on copper colour hints at a pretty prominent malt base – in the form or toasted caramel for the main. The hops are punchier than ever, with more pine and an earthiness joining the floral and citrusy elements of yore, and a bitterness that settles in after a few mouthfuls to justify the "session IPA" tag while staying short of being aggressive.