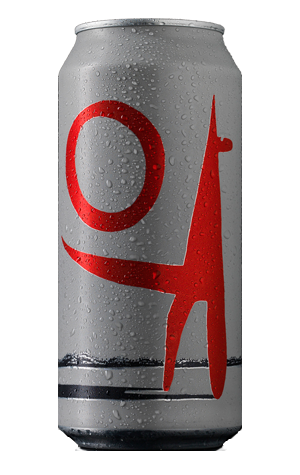 When The Crafty Pint paid a visit to Moo Brew for an article on the brewery's decade of brewing, there was barely contained excitement among the brewery team about a soon-to-be-launched product, but all they would say was that there was a canning line and a new beer coming. It turns out that the new product is Single Hop, a beer that has been brewed using just one type of hop and one type of malt, both grown locally in Tasmania. The former comes from the Cargill facilities near Devonport in the state’s north west, the latter are Enigma hops from Bushy Park, just half an hour from the Moo Brewery.

The beer is being distributed in 440ml cans – a first for Moo – featuring artwork by John Kelly called ‘Big Foot’ and the tagline "nowhere to hide".

According to head brewer Dave Macgill: "The pale malt brings a slight body to the beer leaving a dry finish. The heavy use of late addition Enigma hops gives the beer subtle floral characteristics and a perceived bitterness providing the beer with a firm backbone, without challenging the drinker in any way.”

The cans will become available in venues around Tasmania and interstate in the coming weeks, and will also be sold at MONA and MOFO. You can read more about their inception in the article linked above.

Then venues around the country