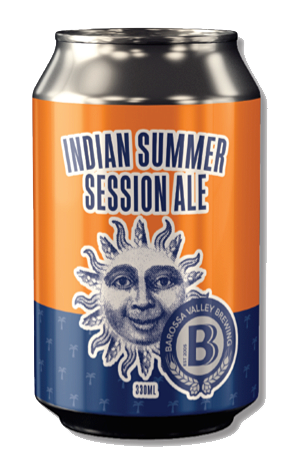 The Barossa Valley is well known wine country, home to some of the best wineries and vineyards in the world. People swarm the region weekly to load up on the latest vintages and tour around in style, often making a stop at Barossa Valley Brewing for something a little different.

Now, drinking wine all day can tend to send people sideways if not careful and that is where the Indian Summer Session Ale comes in. The idea was to create a beer with the full hoppy flavours of the brewery's gold medal-winning Hop Heaven IPA but the lower alcohol of a mid-strength to ensure drinkers can last out the day.

Poured into a glass, a big fluffy lingering head appears, from which summery fruits emerge – mandarin, passionfruit and stone fruits taking the lead. It's light on the palate with a refreshing, drying, vaguely citrus rind like bitterness and a touch of supporting malt sweetness. Great flavour for a beer of its size.