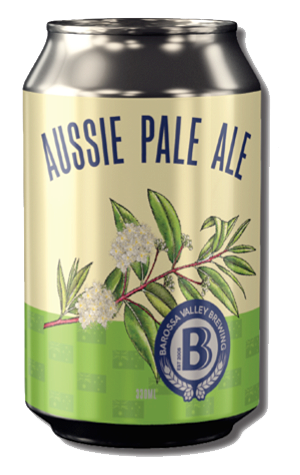 Barossa Valley's head brewer Tom O’Reilly tends to favour a naturalistic approach to his brewing. And a bit of native Australia makes up this beer, an Aussie pale ale with a difference. It was his idea to add lemon myrtle picked fresh from the Adelaide Hills late in the ferment alongside a load of Galaxy hops, with the intention of creating a thirst quenching lawnmower beer with a twist.

Very pale in appearance, pouring a hazy straw to light golden in colour, the lemon myrtle is really quite punchy on the nose, with botanical, lemongrass like aromas leading the way. It's very light in body, effervescent too, with a lively carbonation helping nudge the beer into quaffable territory. Lemon myrtle is again the dominant flavour, joined by a flash of lemon rind with passionfruit and citrus wrapped around it, in a beer with a lingering sweetness in what's an undeniably refreshing drop, aided by the lightest of tangs from the use of acidulated malt.