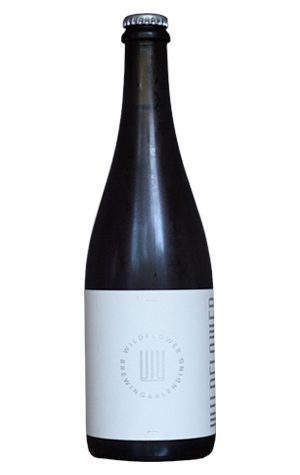 People love building boxes. To open tracts of land we assign arbitrary lines of separation, confining ourselves to this or that portion of a map. To carve out our cities, states and countries we create borders, boundaries and bureaucracy within which to live, to separate ourselves from the rest. We put up walls, declare ourselves to be this but not that. We stoke pride and foment envy. Our little boxes come to define us.

Life can be pretty comfortable in a box and, by and large, New South Wales is a decent box to be in, beautiful and bountiful as it is. The emblem of the state is the crimson coloured flower of the Waratah. Wild and native, as a symbol it’s the ideal representation of any product seeking to be an expression of the place it is made.

When Wildflower first released its Waratah beer in 2017 it was one of a kind, the first of its kind. To the best knowledge of those who should know, no commercially available beer before it had been made with ingredients entirely grown or sourced from within the confines of the state: water, hops, malt and yeast.

The grain is grown and malted in the Riverina, the home of Voyager Craft Malt. The hops are grown and harvested in Bemboka at the residence of Ryefield Hops. The ingredients are brought to Marrickville where the beer is brewed at the Batch Brewing Company. It gets moved around the corner to ferment at the Wildflower warehouse under the spell of native yeast, collected and cultivated years before from local flora. This is not just a local product but an agrarian one, something locked to the land and a long time in the making.

Waratah is restrictive by virtue of who is able to contribute to its creation yet the overall concept is the exact opposite of exclusionary. It is a total celebration of cooperation, of using what’s in your box. Its creation brings producers closer together. The launch day is a lineup of technical talks from the collaborators, the sharing of knowledge across the brewing and home brewing community. The beer serves mainly as a means of bringing more people to the table.

For Wildflower, Waratah seems less about what it tastes like than vindication of a chosen ethos. It’s a little box of the best of New South Wales, bottled up and made for sharing.