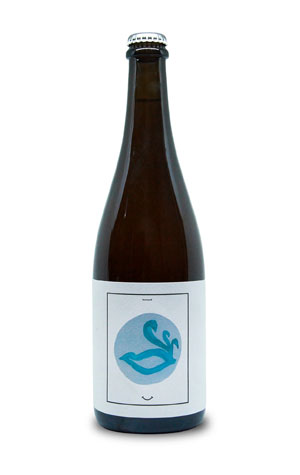 The origins of Dime a Dozen go all the way back to July 2019 when Wildflower’s Topher Boehm got together with Scotty Hargrave of the little indie brewery that could, Balter, to lay down a lager together. As far as I’m aware, absolutely nothing significant has occurred to either of these collaborators in the intervening 20 months and I will not be investigating further.

Balter’s half of this beer was aged in oak and released at their Gold Coast taproom in early December 2019 and, once again, I’m quite certain the release of this collaboration lager was the biggest news to come out of Balter HQ during that exact time period.

The Wildflower half was shipped back down to Marrickville where it was placed into barrels with their house culture to see what would happen to a nice clean lager that’s been assaulted with a myriad of wild yeasts and bacteria. A year later, Wildflower had some apricots left over from the making of another beer so they threw those in for good measure. Scotty helped bottle Dime a Dozen in December 2020 and it’s now been deemed fit for release and, let me tell you, this is the strangest lager I’ve ever had.

Juicy apricots, the signature Wildflower citrus funk, hints of peach and vanilla. Refreshingly tart and moderately bitter, Dime a Dozen is anything but a standard collab lager. I’ve got a feeling both Wildflower and Balter just might make something of themselves one day.