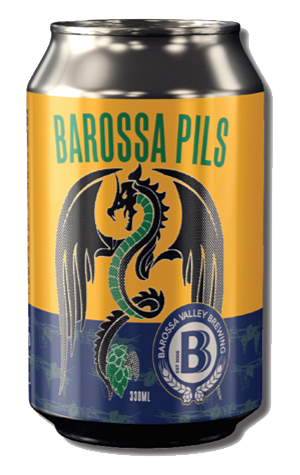 For years, Barossa Valley had a German-inspired pilsner in their lineup; these days, it's a beer influenced by the Czech classics albeit with a twist, one that sees them ferment the beer at a slightly higher temperature than is typical for lager yeasts to draw out some fruity esters.

For the main, however, it's pretty much what you'd expect from a pilsner, heavy on noble hop characters – deeply floral, almost musty and perfumed – with a fair amount of malt sweetness and a relatively full body. The bitterness is relatively restrained, resulting in a beer that's more about European hop flavours than hop bite.