Beer Barossa Valley Brewing I Can't Believe It's Not Bacon 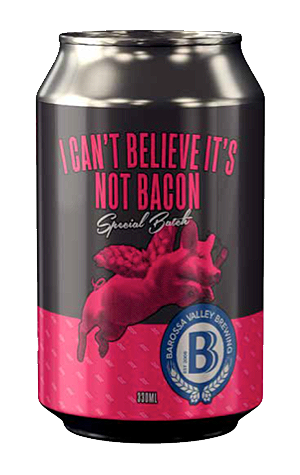 Another update on a former beer from the Barossa team, this replaced Barossa Smoke in the lineup, dropping the alcohol content but retaining a focus on smoked malts to create a beer of the ilk made famous by the brewers of Bamberg.

It pours a deep amber and fires off aromas that are more in the smoky than meaty territory often associated with such beers, like bacon in which the rind has been cooked to a crisp rather than given a light toasting. There's a sharp edge to the smokiness too, one reminiscent of the iodine character found in some Islay whiskies, all underpinned by a dry and earthy finish.