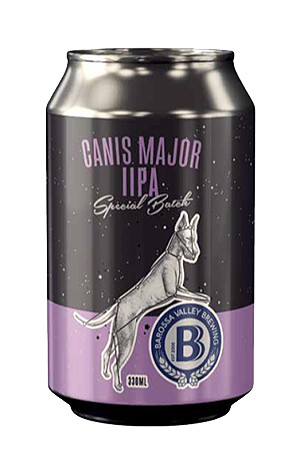 There's long been a double IPA in the Barossa Valley Brewing oeuvre, both under the straight Double IPA name but more often as Canis Major. It's a beer that's picked up its fair share of glory over the years too, from a Best Beer In Show gong at the Royal Adelaide Beer Awards in 2014 to a gold at the 2017 Craft Beer Awards. It's evolved a little over time too, but essentially remained in "throw everything at it" territory.

Thus, while you'll pick up a fair whack of citrus, pine and resin from the mountain of hops, they go to battle with your olfactory system in the company of an army of specialty malts. The latter give the beer its borderline amber hue and rich, thick toffee flavours, before the hops return to deliver a building and lingering bitterness.