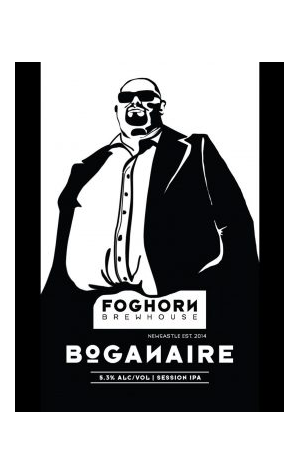 One of many IPAs to have graced the FogHorn taps – and one you're more likely than most to find on tap any time you call in – was an early release at the brewpub. It's named in tribute to one of the more colourful businessman to rise (then fall) in the region in recent times.

Tagged a session IPA, albeit still weighing in above 5 percent ABV, it's designed to deliver citrus and pine hop characters and be "bitter but insanely drinkable" according to the brewery team.