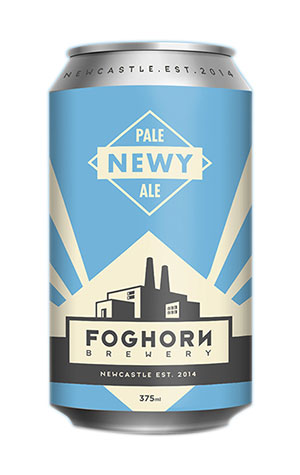 You're not going to keep the hordes coming to your brewpub – not matter how highly the beer world rates your beers – without a solid offering of easy-going, session-friendly beers. And this is one that fits the bill at FogHorn.

Designed as "a celebration of this great city", it's a pale ale featuring the "HopBurst" method of hopping – adding them as late as possible in the brewing process to extract maximum character without the bitterness. The hops chosen are of the fruity sort, combined with Australian and German malts and FogHorn's house British ale yeast for what they call "a great blend of full flavour and drinkability."

Being the top seller at the brewpub, when FogHorn announced they were to start packaging beers for the first time in the second half of 2019, Newy Pale Ale was an obvious choice for such treatment.