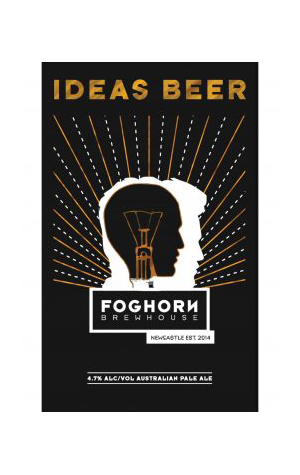 The Ideas Beer is one of the stalwarts at FogHorn, an early release that's stood the test of time and, presumably, helped Shawn Sherlock and team conceive plenty of other ideas.

They call it "an Australian style pale ale with a twist", which translates to a citrusy late hop character from US hops and "plenty of flavour and body" within a beer the team reckons is "as crisp & dry as an ale gets."