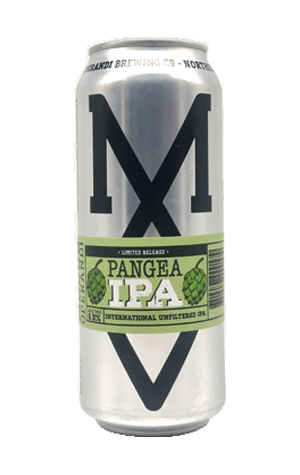 So that’s exactly what they did. They used hops from all over the world - Magnum from Germany, Styrian Golding from Slovenia, Cashmere and Centennial from USA, Kohatu from New Zealand, and Galaxy from our own backyard - and the result is a mashup of hop flavours pushing in all different directions. There’s pine, earthiness, tropical fruits, grassiness, and lime zest. It’s complex without being confusing, still has a malt presence to bring balance, and also manages a sufficiently dry finish.

As for the name, Pangea refers to the period when all of Earth’s continents were still connected in one supercontinent, and the people of the world stood shoulder to shoulder, sharing resources and recipes and beers in peace and harmony. (At least, that’s the image I have in my mind, and I’m sticking with it.)