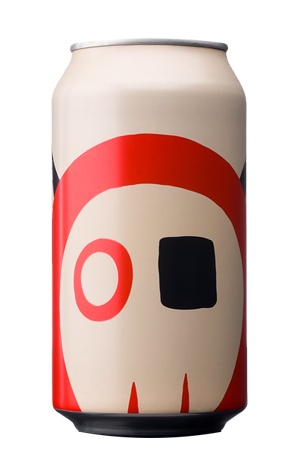 Considering Moo Brew have had a US-inspired pale ale in their core range far longer than most breweries have existed in Australia, it might seem a little odd they've waited until now to put an IPA alongside it. Then again, while the story goes that owner David Walsh isn't a fan of the style, it's also true that this is a brewery that's tended to beat its own path: they've also had a damn fine Pilsner in their lineup since day dot not to mention a trophy-winning Hefeweizen. But, after finding critical and commercial success with a limited release IPA, they've relented and found room in the family for one more can.

Like its Pale Ale sibling, this is an IPA that looks back a few generations (well, a new generation of IPA is spawned every, what, 17 days on average now, right?) to the sort of American beers that first sparked the lupulin-laced madness. There are some dense and sticky fruit characters – stone fruit, pineapple – but it's more in the punchy and piney camp, full in body, with a deep texture to the malts and a solid, old school bitterness.