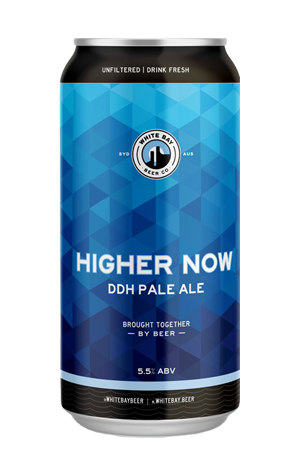 Hazy pale ales done well can carry all the hop character of a NEIPA but with less wallop factor. Higher Now is an example of such a pale.

In the glass it looks like pear juice, with that dull cloudy orange that’s adjacent to beige, but there’s nothing boring going on here. Galaxy, Azacca and the newer Sultana hops bringing fruit aplenty, although Higher Now isn’t a sweet glass of brekky juice like some hazies. Think more of a dry fruitiness, with tropical fruit hitting evenly across the palate and some pine and grassiness coming in later to intrigue the tastebuds.

There’s also a softness in the mouth that White Bay describes as “plush”, which is fitting since drinking this is analogous to the childhood comfort of holding a fluffy lion toy.