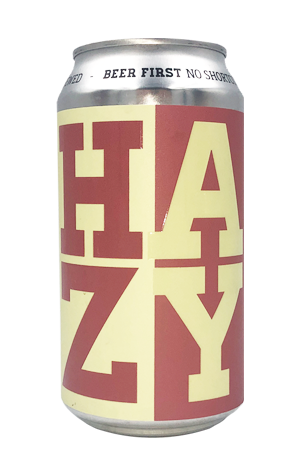 Modus Operandi’s Hazy Series has already taken drinkers on a trip through unnamed hops and ever-changing booze levels with a hefty injection of fruit along the way, and now the series has found its way into milkshake territory. Meet Hazy 05: Cherry, Coconut, Cream – a carnival stop on the brewery’s hazy journey in which lactose and cherry join hype hop Sabro for a tropical and creamy ride.

It’s a rather sweet ride too, with the beer’s soft, luscious malt body providing an ice cream like base from which the cherry can blast off. As it does, it rips through a cloud of coconut and stone fruit courtesy of the hops, flavours that decorate the beer as if they've been sprinkled atop an ice cream sundae.