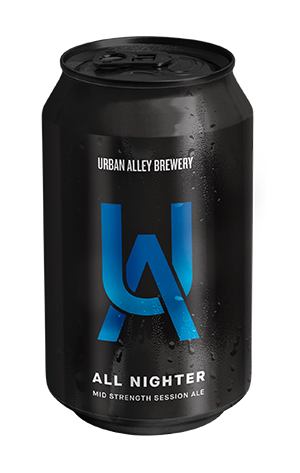 All Nighter is Urban Alley’s midstrength, a beer designed for a day spent at a music festival or alternatively, a late-night watching your favourite band. Presumably, there are many other occasions you can drink it, I just absolutely love drinking sessionable and hoppy beers while watching bands.

Added to the Dockland’s brewery’s core range in 2020, that’s exactly what All Nighter is; a 3.5 percent ABV beer with slight floral notes plus flavours of fresh mandarin and peach. Brewed with oat and wheat alongside the barley, it means that despite the lower ABV, it still has quite a full mouthfeel and with next to no bitterness, it's really a beer that lets you reach for a second without thinking. Between sets of course. Or elsewhere (I'm just not interested).