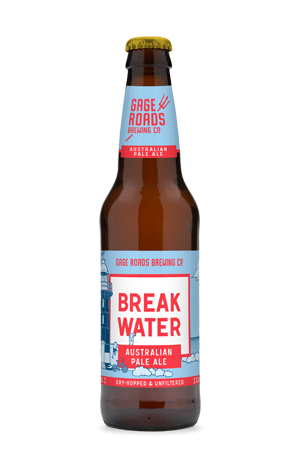 As the Gage Roads range has expanded, it has been – as one might expect given the brewery's ethos – a case of moving in shades or semi-tones rather than leaping from one bold statement to another. The Australian Pale Ale sits ABV and style wise between the Narrow Neck Session Ale and long-established Atomic US Pale but in character is probably more a halfway point between the Lager and Atomic. For while it bears the tag Australian Pale, it's such a restrained beer that one might put it alongside the raft of golden ales to appear in recent years.

Hop aromas are of the subtle citrus and melon kind, there's a touch of sherbert like malt sweetness, and only the gentlest of bitter finishes in a hazy, pale golden beer designed with sessionability in mind.