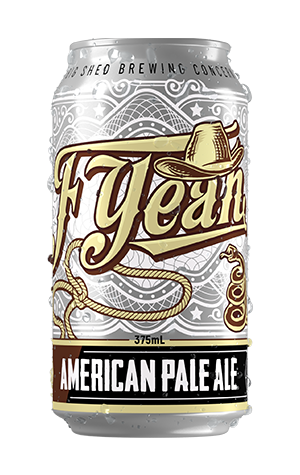 The F-Yeah APA is one of the two beers with which Big Shed launched and is pretty much as pointed a statement as you'll find about their intentions. For one there's the in yer face name, and then there's the hop heavy hit of the beer itself.

The Big Shed boys are avowed lovers of American beers, particularly of the hoppy kind, and their APA isn't afraid to be as big and bold as you might expect from a beer with such an inspiration. So while it's tagged their "everyday ale" it still tips the scales at 5.8 percent and offers up a solid bitterness derived from its fruity citrus hops. As much as anything, however, it's about the malt with a rich biscuity caramel flavour running right through the middle too.