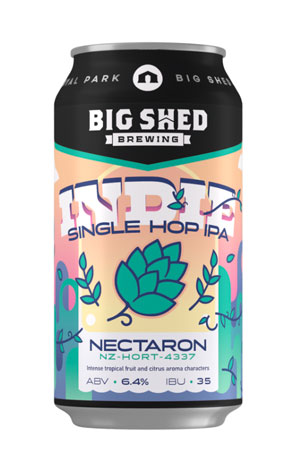 Indie IPA has gone through a few different iterations over the years, initially starting off as a nod to independent brewers and remaining independent. As for the beer, debuted at the IBA's 2019 BrewCon, the idea was to brew the same base beer with a different single hop each time, starting the series off with experimental NZ hop HORT 4337 before featuring the likes of HPA-016 (now called Eclipse).

It seems the recipe has gone full circle as Indie IPA becomes a more permanent fixture: Nectaron (formerly HORT 4337) has been given the nod to become permanent holder of the Indie guernsey. Burnt orange in colour, the initial impression is one of candied oranges and stone fruit. There is a little crystal sweetness coming through too, leaving a slightly sticky mouthfeel, as the aforementioned orange chimes in again alongside apricot and peach in what's a medium-bodied, well-balanced IPA.