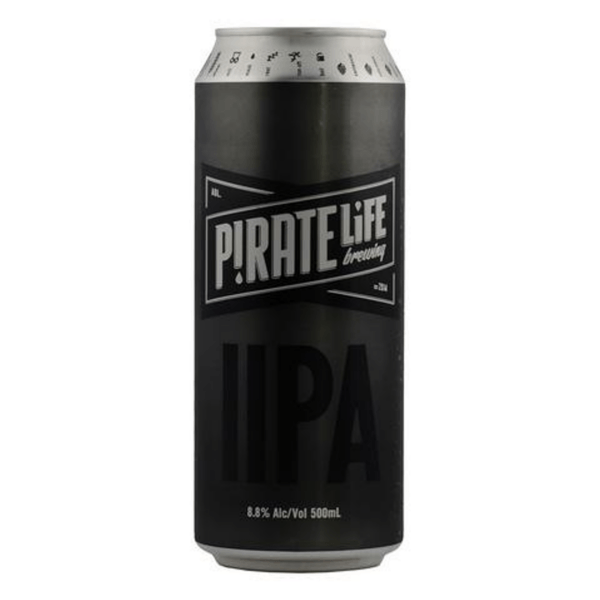 Normally, when a brewery releases a beer that's bigger than the others in its range you might expect them to package it in something smaller than the rest. Not Pirate Life. The third beer in their core range to be released is comfortably the biggest: an imperial IPA weighing in at 8.8 percent ABV. And, while the session IPA and Pale Ale appear in 355ml cans, this bad boy gets the 500ml treatment, making it a beer to approach with care. And, it should be said, more than a little excitement if you're someone who loves US-inspired hop bombs.

Packed full of big hitting American hops – Mosaic, Centennial, Simcoe and Columbus – it's unsurprisingly awash with all manner of citrus and tropical fruit aromas and flavours. With enough hops in there for the boys to claim an International Bitterness Unit level of 120 (beyond the detection of most palates), the beer needs a big malt backbone to prevent it being a palate shredder – and there is, with the malt sweetness apparent on the nose alongside said hops and following right the way through the beer's almost sticky, creamy caramel body. There's some licorice and pine flavours in there too, as well as a whole lot of hophead fun.